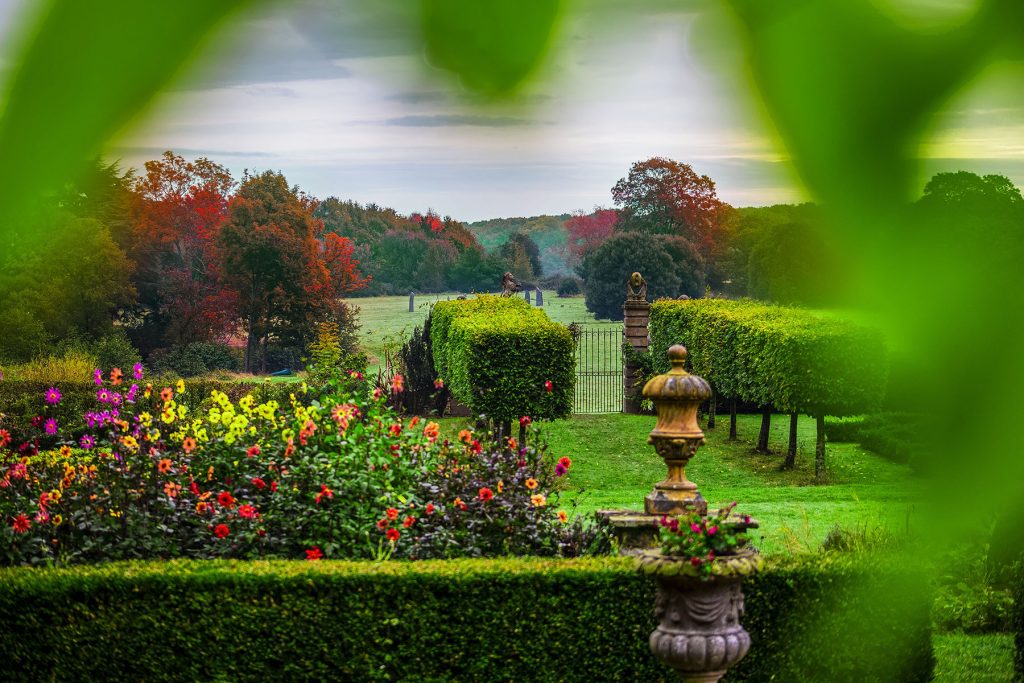 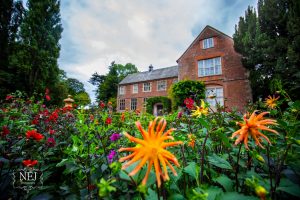 Yew Labyrinth – The difference between a maze and a Labyrinth? You can’t get lost in a Labyrinth!

Knot Garden – This is located on the East lawn and is inspired by designs from our James 1 over-mantle in the East Hall which was originally a bedhead.

Rose Garden – On the north side of the House, several varieties alongside the greenhouses surrounded by many fruit trees.

The Trees at Hellens – Ranging from the ancient Wellingtonias, Blue Atlas Cedars to the many rare varieties of fruit trees. 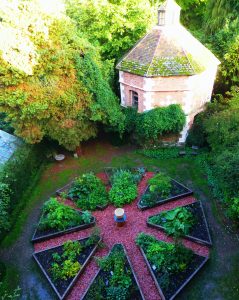 Driveway (Monks Walk) – The Perry Pear trees which were planted as an avenue in 1702 to celebrate the coronation of Queen Anne, still survive. Most are Hellens Early variety but there is a rare Hellens Green and Waterlugg both of which we are trying to graft here to help preserve the species.

Bees – We keep bees here at Hellens. Please keep a lookout when wandering around the gardens for the signs which tell you when you are approaching the hives.

Hallwood – In 2007 the PMM Charity Trust bought back Hallwood which, until sold in the early 20th century, had been part of the estate since the Doomsday Book records. This is a site of great historical, archaeological, and scientific interest (SSSI). In spring the woods are full of wild flowers – daffodils, orchids, anemones and bluebells. There are also small-leafed lime and wild service trees in the wood, which invariably suggest very ancient woodland. If you are visiting Hellens you are welcome to explore Hallwood, which is just a ten-minute walk from the house.