Doggerland – Where England and Scandinavia Meet 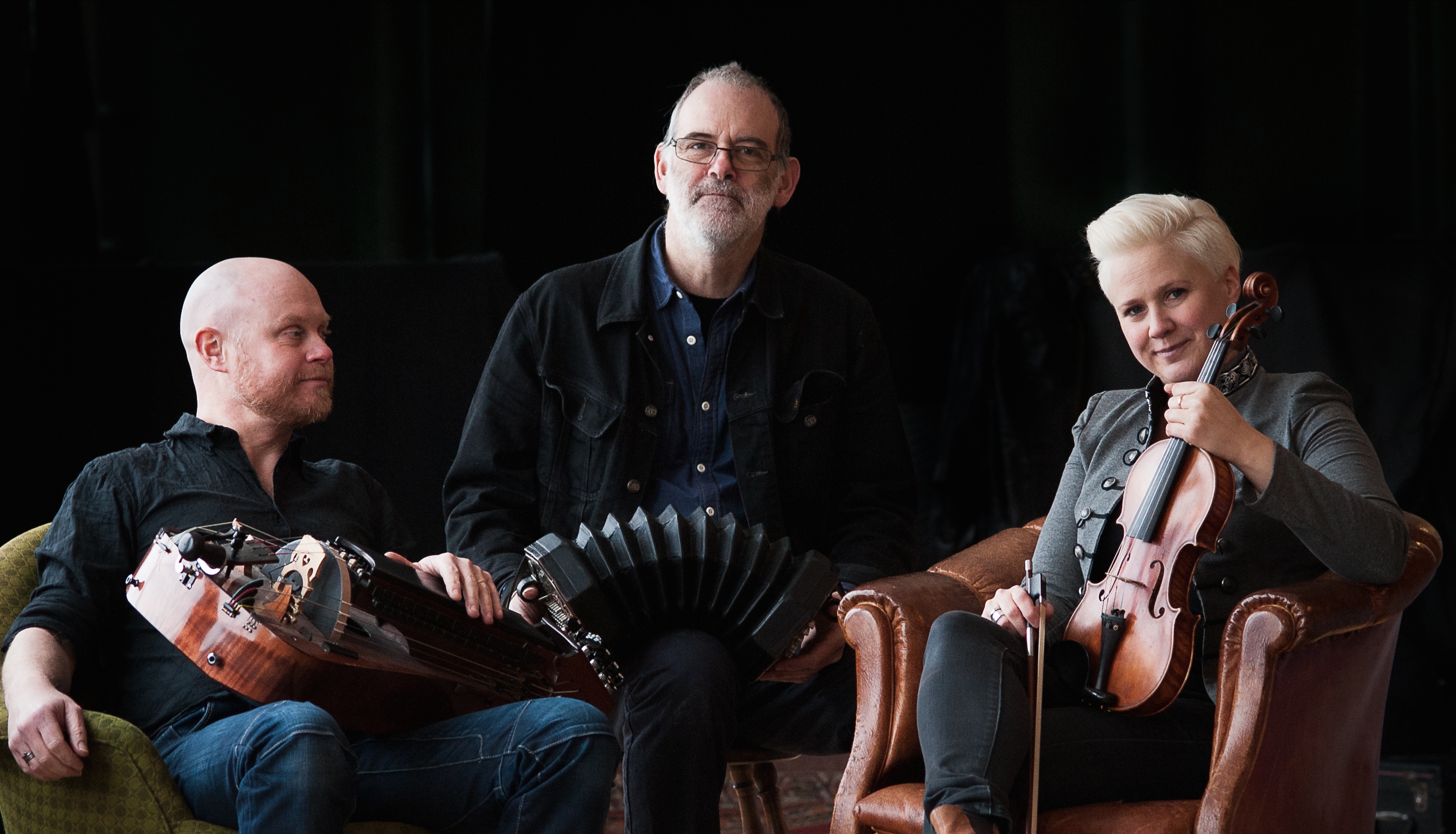 Doggerland is a folk trio based in the border area between Norway and Sweden. Consisting of two Swedes and one Englishman based in Norway, the trio’s focus is the common musical heritage of the North Sea and the lands around it. Swedish polskas, Norwegian reels (yes, there are such things…), English and Scandinavian sea songs are performed with verve and virtuosity. Richard Burgess’s powerful voice and concertina, Jenny Gustafsson’s charismatic fiddle and Anders Ådin’s rhythmic hurdy-gurdy and delicate guitar accompaniments combine to make a unique and exciting sound.

In 2017 Doggerland released their second album – No Sadness of Farewell – and received rave reviews from the folk music press:

“This work is faultless in its performance and production, a great listen that continues to impress with every time it’s played“. (Living Tradition)

Find out more about Doggerland on their website: www.doggerland.com